Characteristics of the Sport

AFL is an Australian game of football using an oblong leather ball, which is kicked and handballed. The aim of the game is to score goals (worth six points) and behinds (worth one point) through the tall white goal post at each end of the field. The field is also oblong in shape and varies in size but is no less than 200m long, requiring large amounts of running during the game. The game duration includes 25 minute quarters, plus extra time after each quarter. It is a fast paced game with player interchanges available throughout the game. Different positions in the team will dictate how mobile and agile the athlete will need to be.

The professional AFL season starts from April through to September, however preseason starts around December the previous year, with a preseason competition from late February to the start of the season proper. The season traverses the winter months. During the season footballers will train most days and occasionally two sessions per day. This includes field training of skill and conditioning as well as gym and strength training. Training session will be at least two hours duration.

Games are played once a week, anytime from Friday evening to Sunday evening. As there are teams from all over Australia in the Australian football league, teams have to travel up to 5 hours interstate to compete, which can affect an athlete’s performance.

The game involves long bouts of running with short bursts of high intensity sprints for leasing to mark the ball, or to take a run up the field towards the goals. Energy expenditure can be very high, with the rovers and midfield players having slightly higher expenditure than ruckmen or backline players. AFL is a contact sport with players tackling others to retrieve the ball, or marking the ball at a great height and having to land safely on the ground. Many injuries are sustained during a season. With the high energy expenditure, duration of the game, physicality of the sport, and extensive travel involved, there are many nutrition and hydration issues that need to be focused on to optimise the performance of individual athletes and hence the team.

AFL players can vary in size with height being an added advantage for the ruckmen and forward players, speed more desirable for the midfield and roving players, and strength would be necessary for the defensive players. A combination of strength, speed and agility would be ideal.  Low body fat levels are an advantage to assist with agility and speed, so the aim should be to reduce these levels.

For good speed and agility as an AFL player it is wise to keep body fat levels under control. To keep a check on body fat levels during the season is best done by measuring skinfold levels regularly. Body fat levels are especially an issue during the off-season, where there can be an energy imbalance, especially over the Christmas holidays. This is resolved by decreasing energy intake over this time when there is a lack of training. Alternatively get involved with other activities during the off season.

AFL is a combination of aerobic activity and strength. Energy requirements will vary between players depending on their position on the field and the phase of the season. The training diet for an athlete should be high in nutritious carbohydrate foods, moderate in protein foods and low in fats.

The most important aspect is to meet carbohydrate requirements. The higher the intensity of training and games will determine how much carbohydrate you may need. This will range from 5-8 carbohydrate grams per kilogram body mass. Regular consumption of carbohydrate foods at all meals will allow refuelling of muscle glycogen stores. Most important times are following training and games helping with recovery from each session. One game of AFL may not fully deplete an athlete’s glycogen stores if starting with a full supply, but if the daily diet provides inadequate amounts there may be difficulty in performing optimally. Be sure to include regularly in the diet good carbohydrate sources such as bread and cereals, rice, pasta, fruit and flavoured low fat dairy products.

Fluid intake is another important aspect of AFL. With the game being played usually over the winter season, fluid losses may be the greatest very early and very late in the season when the temperatures are the warmest.  When games are on days of hot weather, fluid losses can be significant. However don’t overlook cooler days as this is where consumption may be low due to reduced thirst. Sports drinks can be valuable, looking after both fluid and carbohydrate needs, especially if you are a midfield player, where these may be challenged. The game structure allows opportunities for fluid consumption during the game. A player should aim to maximise their intake when a drinks runner is available.

Preparation for and recovery from games is important to get the best performance week in and week out. When a team has to travel interstate to and from a game recovery becomes extremely important, as a routine can be easily disrupted. This is especially important for example if a team comes off a Sunday night game at home, then goes into a Friday night game in another state, recovery time is much less than usually.

Consuming a high carbohydrate, low-fat meal 3-4 hours prior to a game plus drinking small amounts continuously will keep you fuelled and hydrated for the game. Small carbohydrate snacks can also be eaten 1-2 hours before a game to top up fuel stores. Liquid carbohydrate options can be consumed during the game to keep energy levels blood sugar levels and fluid levels up. Ideas for snacks before the game include fruit – fresh or dried, cereal bars, crackers, yoghurt and jelly lollies. Fluids suitable to consume during the game include water, sports drink, juice and cordial.

Recovery from a game includes replacing lost fluids and electrolytes, refuelling depleted carbohydrate stores and repairing muscle damage from the game. Liquid options are best immediately after training and games to replace fluid and nutrients, followed by a more nutritious and filling meal option later that includes carbohydrate, protein and other nutrients. Suitable recovery foods for immediate consumption include yoghurt, fruit, flavoured milk, cereal bars, sandwiches, plus some fluids.

Often team sports are associated with ‘having a few drinks’ after the game, often considered to be part of team bonding. This culture is very similar for AFL. Usually AFL clubs have their own club rooms where drinks are readily available after training and games. There is no problem with having an alcoholic beverage after a game, but ideally an athlete needs to rehydrate with water and other fluids, plus follow important recovery strategies to refuel before doing so. Professional athletes also need to be aware that along with alcohol consumption and behaviour in public venues comes media attention, of which all is not good!

Being a public figure may mean attending public and private functions where food is provided. An athlete must be aware of food consumed, especially the food eaten at these types of venues which are often not healthy options. Look for healthier options and choose wisely.

The travel involved in interstate AFL games can cause irregular eating and sleeping. Travelling into different time zones will cause the most problems, so aim to align meal times and sleep times with destination times. Plane travel should include regular fluid consumption to avoid the problems of dehydration. Taking snacks on the plane will also help compensate for the lack of carbohydrates in plane meals, or ask for extra juice or bread rolls.

Some athletes may work or study creating a very busy lifestyle which can lead to poor eating habits, especially for someone who doesn’t have the skills to shop and cook. Takeaways are often a trap in this busy world. Learning to choose better takeaways, understanding food labels, and learning to cook can all have advantages in helping to recover from exercise, and minimise the spiral effect of fatigue. 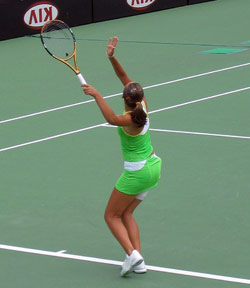 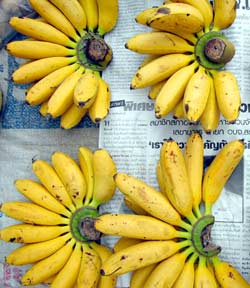 What is a sports dietitian, how to beome one, where to find one 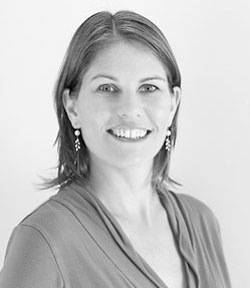 About Clare, the sports dietitian 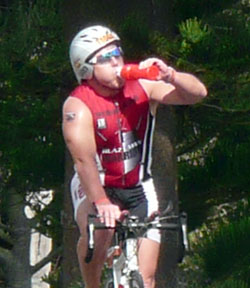 Are you looking for a sports dietitian? Here are the services I provide